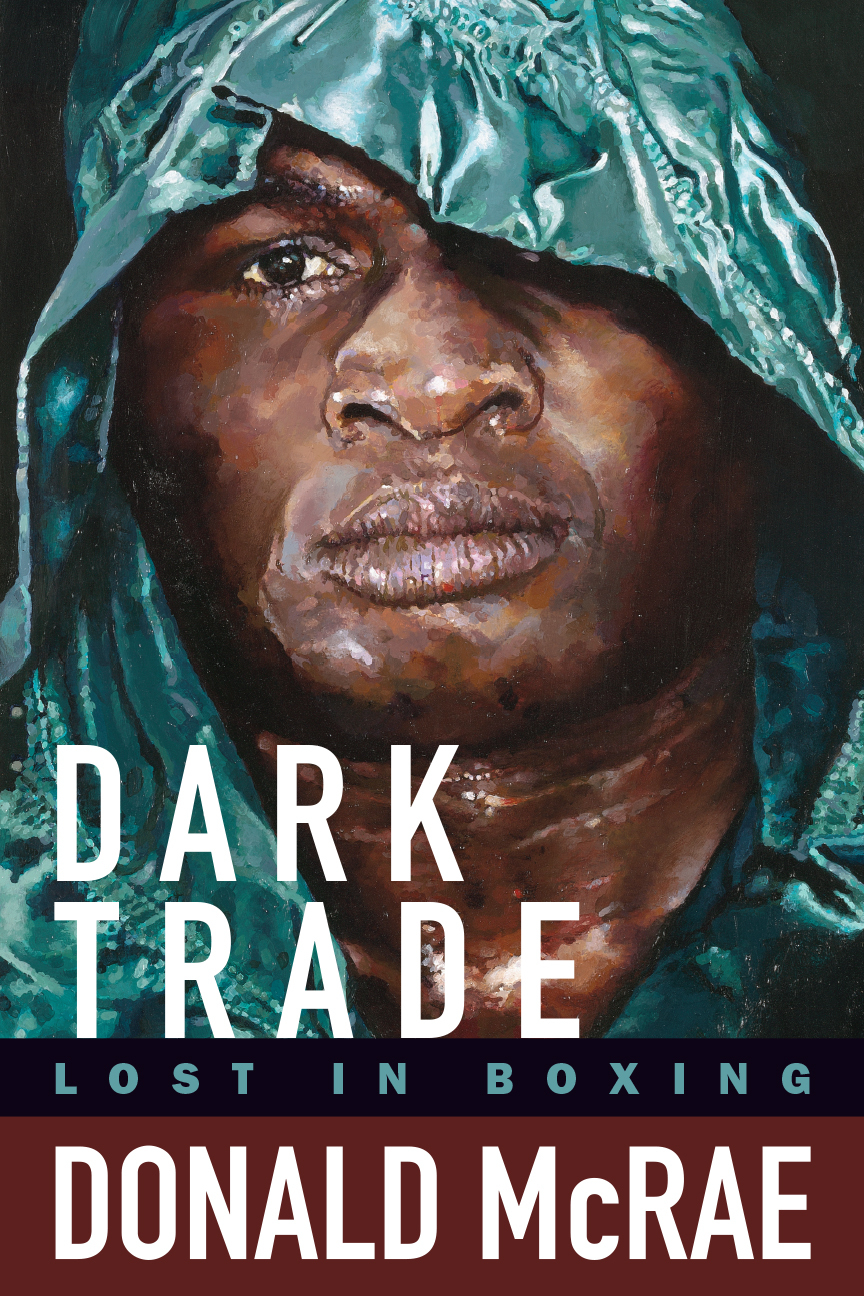 We are giving away three personalized, autographed copies of the 1st US edition of Dark Trade: Lost in Boxing, courtesy of author Donald McRae.

That Familiar Darkness
by Carlos Acevedo, Author of  Sporting Blood: Tales From The Dark Side Of Boxing 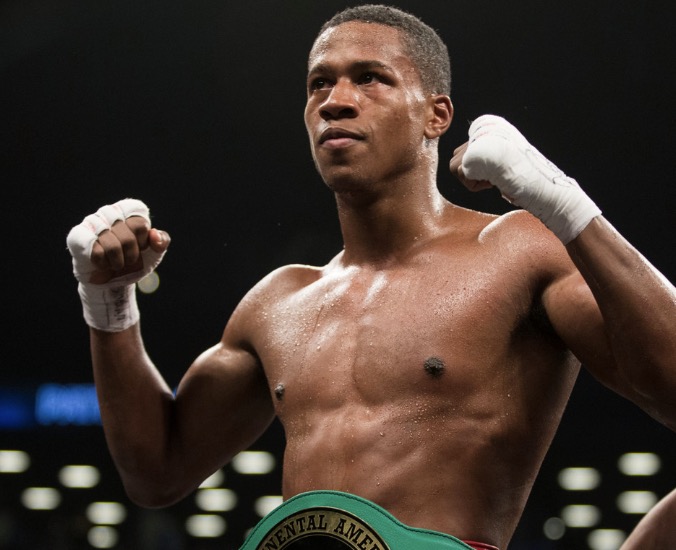 “Then he thought: A dream is what I need.”
—Robert Stone

Like all fighters before him, Patrick Day pursued a dream—glory in boxing—that was a longshot the moment he first entered a ring. As his career progressed, his dream drew no closer. In fact, it was clear that Day was a man whose dangerous ambitions outstripped his reach. When he died, on October 16, after suffering injuries in a mid-card bout against Charles Conwell, Day became the latest nightmare to leave boxing, a sport perpetually in extremis, momentarily bereft.

There is something about Day, twenty-seven years old, the son of a doctor, that doubles the heartache usually felt after other ring fatalities. There is, perhaps, the nagging if unreasonable sense that Day did not “belong” in boxing, as dangerous an occupation as can be found in the United States. Day was, by all accounts, a sweet young man, boyishly handsome, and a college graduate, a rare distinction in a trade often held up as a refuge for the underclass. “I’m not the stereotypical boxer story,” he once said. “I love to fight. What’s in your heart doesn’t depend on your socioeconomic status.”

In some ways, Day resembles another ill-starred fighter, one who died twenty years ago, now forgotten, Randie Carver, a young man whose kindness and educational pursuits belied his brutal trade. But there were a few important differences between them: Carver was an amateur standout, undefeated as a professional, and fighting main events on Fox Sports Net. While Day was a solid amateur, he did not merit a signing bonus (or the glitzy press conference that often accompanies it) from a major promoter. As an ordinary pro, Day was an earnest but workmanlike performer. In his thirteenth outing, Day was stopped in less than a round by a 9-14-1 fighter, an indication of his limited upside in a sport that cannibalizes its most vulnerable practitioners.

When that familiar darkness—tragedy—arrives in boxing, defenders of a dubious faith arise en masse. Again and again, they seek out blame beyond the inherent dangers of fist-fighting or proffer solutions, but the truth is, there are no more practical ways to make boxing safer. Already fighters use heavier gloves, fight fewer rounds, weigh in the day before a match, compete twice a year, and are watched by troops of physicians gathered at ringside. But there is one bleak fact that has been overlooked for years. Since 1983, when boxing began instituting reform after the Mancini‒Kim tragedy, only one or two of the fighters killed in the ring could be considered, sometimes with effort, world-class professionals. Leavander Johnson had been a contender once, but by the time he faced Jesus Chavez in 2005 for a vacant lightweight title, he was already in his mid-thirties. Similarly, Jimmy Garcia, who died at the hands of Gabriel Ruelas in 1995, was a rated fighter, but not a particularly distinguished one. Pedro Alcazar was undefeated but unproven when he challenged Fernando Montiel for the WBO junior-flyweight title in 2002. And Maxim Dadashev, whose death last July sparked this current run of ring misfortunes, fit into the nebulous category of “prospect,” a designation accorded to dozens of young often unbeaten fighters regardless of their pedigree or of the cynical process of the industry “buildup.”

For all boxers, even the ones who are on the skids or the ones who have never made it past the prelims, halcyon days are always just a fight or two away. Delusion, sometimes conflated with egotism—a prerequisite for elite fighters—is pervasive in boxing. And who can blame run-of-the-mill pugs for their unreasonable expectations? Nearly every fighter broadcast on platform after platform is draped by a chintzy belt, shoulder programming features 20-1 underdogs explaining how they will upset the naysayers, at least thirty-eight world champions are recognized by the WBA alone. The oversaturation of boxing in this, the nascent streaming era, means a demand for more and more fighters, inevitably of varying degrees of skill and experience.

Nearly forty years ago, while Duk Koo Kim lay in a coma, New York Times columnist George Vecsey made a similar point in a piece titled “The Beastliness in Boxing”: “The tragedy in Las Vegas comes at a time when boxing is flourishing all over the United States . . . television has sent out the recruiting message to every gymnasium in America: Uncle Beast Wants You. The message is being heard by hundreds of desperate, unemployed men. Everybody who ever learned to chomp on a mouthpiece is signing up for preliminary bouts on cards that may come off if the networks show up with the cameras and the money.” That was during the 1980s boxing renaissance when the digital future was still a glint in the collective imagination, and the mass media explosion had yet to detonate. Cable systems did not have four hundred channels, Showtime Boxing did not exist, and HBO broadcast five or six cards a year. There were only two sanctioning bodies and fewer weight classes, making the dream of becoming a world champion as farfetched as winning the World Series of Poker.

Digital Age boxing, however, propelled by corporate ignorance and sanctioning-body malfeasance, encourages the pursuit of folly. With seventeen weight divisions and eighty or so world champions (to go along with numberless regional/fantasy championships such as the WBC Francophone title or anything involving the WBF), boxing, more than ever, holds out false promises.

Because vertical integration has increasingly become the default mode of conglomerates, every bout, regardless of its merits, has to be branded as some sort of “Battle of the Century.” Every boxing telecast—be it on Facebook Watch, Showtime, Fox, DAZN, or ESPN—is accompanied by a phalanx of boosters overdramatizing everything from ring walks to national anthems. In addition, the outlandish purses paid out by ESPN and DAZN for fights involving box-office duds such as Amir Khan and Sergey Dervenchenko reinforces the illusion that life-changing paydays are within reach of every gym rat with access to a pair of Reyes gloves. (It also means pretending that Doudou Ngumbu is a threat as a title challenger or that Ramon Alvarez belongs in a televised main event or that Tomasz Adamek will somehow drive subscriptions to a startup app.)

But this is not the 1920s, ’30s or ’40s, when boxing was a widespread and self-sustaining industry, and the average pro could fight twenty times a year and guarantee himself a certain standard of living before retiring to become a cabbie or a longshoreman. In a nearly seven-year career, Patrick Day had twenty-two fights, hardly remunerative enough for him to imperil himself every time he entered the ring. (In the tragic case of Dwight Ritchie, who died as a result of a sparring session, the grave risk-reward ratio of a professional bout was not even in play.)

Some trainers and managers, Teddy Atlas, for instance, have said that fighters who are not champions, future champions, or top earners should reconsider boxing as a career choice. Prizefighting is too deleterious, too hazardous, for the pluggers, grinders, and circuit fighters, who will never be able to convince themselves that there are only a handful of Andrew Cancios or Rey Beltrans to emulate.

Ultimately, that truth will never stifle an overriding, sometimes overwhelming, desire for distinction. “I need to be great at something,” Day told ESPN. “I cannot die and not accomplish nothing.”

As for reducing ring fatalities? There is only one thing you can do: stop young men from dreaming. Like so much in boxing, this is implausible, improbable, impossible.

Legendary West Coast renaissance man Don Fraser, whose career spanned nearly fifty years, died on October 30.  He was one of the last links to the Hollywood Legion Stadium and the formerly glamorous California boxing scene.  Fraser did everything in boxing, including publishing a magazine–Knockout. Norm Frauenheim looks back on Fraser and his colorful career for The Los Angeles Times.

Knockout: In Boxing, Brain Damage Is the Goal—by W. Robert Graham, MD, Medpage TodayThis jeremiad against boxing, written by Dr. W. Robert Graham, is unique because of its viewpoint: Graham tried his hand at boxing when he was a teenager, training at the same gym George Foreman used.  “I hung out in boxing gyms. One such gym was on Louisiana Street in Houston. It was run by an ex-boxer named Shifty Dandio. When I was 16, he told me that he could make me a champion — for a price. I had a few boxing matches in the gym. In one, I fought a fellow who had just gotten out of the army. They said he was the middleweight champion in the army. He knocked me down three times in a three-round fight.”

Jim Beattie, boxing’s Kid Galahad: A Minnesota story that got away—by Patrick Reusse, StarTribuneBest known for his eponymous role in The Great White Hope, James J. Beattie, whose boxing career was launched after he answered a newspaper ad, has died.  Beattie was a marginally talented heavyweight, but as a character, he was all contender.

“I tell the kids at my gym that boxing at its worst is a dirty, horrible, prostitutin’, vindictive game.  But at its best it is the purest sport there is, a place where you will meet some of the finest people you’ll ever come across.  It is a theater of life. I’ve convinced a lot of kids there is an alternative to robbin’ and fightin’ in the streets, and doing drugs.  I tell them there is no room at the bottom, it’s crowded down there, but there is room at the top if they lift themselves up. Anybody who wants me to justify boxing should could to the gym and watch what goes on there.  I boxed amateur myself until I was 25 and then professionally after that until I was about 33. As a not very good middleweight, I had 38 pro fights, winning 20-odd, meeting a few good performers along the way…I came to my work on building sites with plenty of bumps and bruises, and I have had more than 100 stitches in my face, but I’ve no doubt that I was part of a wonderful game.”―Brendan Ingle