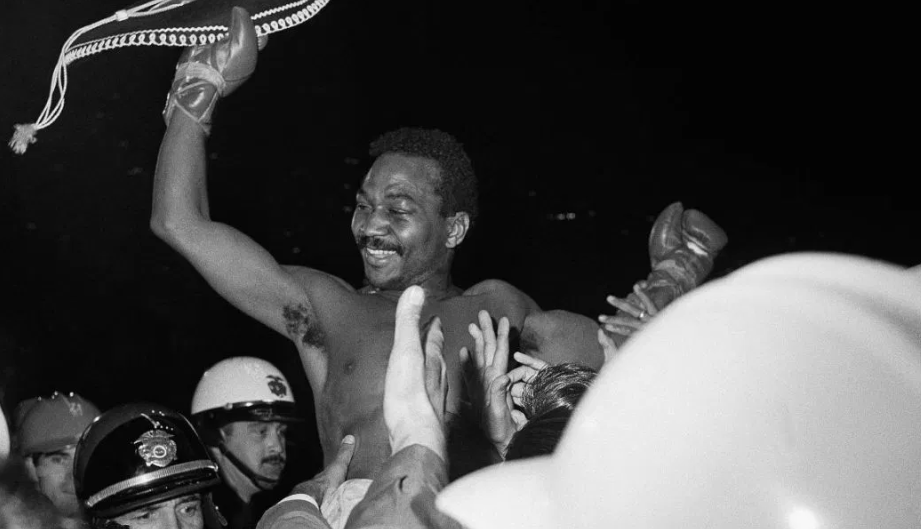 He was so popular in Mexico that he once starred alongside box-office supernova El Santo in a Luchador film. Jose “Mantequilla” Napoles, two-time world welterweight champion and Hall of Fame inductee, died on August 16, at the age of seventy-nine. For years he had been suffering from a slew of afflictions: diabetes, prostate cancer, Alzheimer’s.

Napoles was a genuine great, but his importance rests not only on his accomplishments in the ring but on being a standout representative of the last generation of hardcase professionals, the men who scrambled and scraped during an era when boxing seemed on the verge of extinction.

When Fidel Castro banned professional sports in Cuba, he set off an exodus of boxers determined to fulfill their dreams of glory, even if they had to do it on foreign land. Most of them settled in America. There were Luis Rodriguez, Jose Stable, Florentino Fernandez, and Douglas Vaillant, for example. (Jose Legra, an outlier, wound up in Spain, where he trained under legendary Cuban expat Kid Tunero.) But there was a parallel migration to Mexico, where Napoles joined a small, but talented fighting diaspora concentrated in Mexico City.

In 1961, Napoles left his pregnant wife behind in Cuba and departed for Mexico, a journey that promised nothing. Once in Mexico City, Napoles did not receive a multi-fight contract from a fat cat promoter; he merited no signing bonus; he was not the subject of a dozen poorly written articles on his status as a super-prospect representing the dreaded “Cuban School of Boxing”; he was not chosen for the sham buildup so common in the current corporate propaganda climate.

“Going there was just like being in Cuba,” Napoles told The Ring in 1990. “The language was the same. A lot of my boxing friends who had already fled Cuba were there. Men like Sugar Ramos, the world featherweight champion, Chico Veliz, Manolo Mora, Baby Luis, and my manager, Carlos ‘Cuco’ Conde.”

Napoles may have quickly acclimatized to his new home, but his dream seemed as out of reach in North America as it had been when Castro began his purges in Cuba. In fact, it took over a decade for Napoles to earn a title shot. By then, he was twenty-nine years old and a veteran of over sixty fights. On April 18, 1969, Napoles finally made his sacrifices worthwhile at the Forum in Inglewood, California. His opponent that night was Curtis Cokes, a road warrior who exemplified the barren era between 1964 (when television pulled the plug on boxing) and 1978 (when the Montreal Olympic team set the stage for the ’80s renaissance). This unlucky generation found itself smack in the middle of what can best be described as a boxing depression in America. The golden age of televised boxing was over, short-circuited by the crushing one-two combination of the Kefauver hearings and the heartbreaking death of Benny Paret. By the middle of 1967, Muhammad Ali—the most famous athlete in the world—was forced out of the ring and onto the sidelines by overreaching commissions. With only the heavyweights, the Los Angeles scene, and a handful of New York City headliners keeping boxing afloat, one of the most pitiless vocations imaginable became even harder.

Although Napoles had difficulty luring top welterweights into the ring with him, Cokes was a man driven by professional dictates: he went where the money was, and if that meant facing a Mexican fan favorite in a Los Angeles suburb, so be it. An underdog entering the fight, Napoles stopped Cokes to begin a memorable run that lasted six years and included thirteen successful title defenses over two reigns. Of his meager purse ($20,000) for facing Cokes—despite being the attraction—Napoles was blunt: “I would have fought him for nothing,” he told The Ring. “I was that sure I could beat him.”

Like Cokes and so many fighters of that period, Napoles created his own pay scale using metrics that rarely exist today. And Napoles was luckier than most. Being adopted by the Mexican afición meant fitting into the raging Southern California scene of the ’60s and ’70s, when boxing was as hot as the midday sun in Death Valley on an August afternoon. This fluid boxer-puncher, whose exuberance and charisma mesmerized a sporting nation typically enamored with left-hooking sluggers, brought his high style to Southern California and wowed the enthusiasts there as well. After Napoles stopped Cokes, he was nearly mobbed—in a celebratory way. From the Los Angeles Times: “It took more than a dozen police, wearing combat helmets, to get things under control and keep the fanatics from mauling their hero.”

For his title defense against “Indian Red” Ernie Lopez, a fight that drew over seventeen thousand fans to the Inglewood Forum, Napoles earned a purse of $100,000—a significant payday in 1970 (it translates to roughly $650,000 today, still only one-eighth of what Amir Khan received for his quit-job against Terence Crawford in a pay-per-view dud a few months ago).

For nearly six years, Napoles was the only welterweight that mattered. His reign was briefly interrupted by Billy Backus, a club fighter who stopped Napoles on cuts in 1971, but Napoles won the rematch and went on to defend his championship ten more times. He even took care of a rival title-claimant, Hedgemon Lewis, who had somehow earned the pitiful distinction of “world champion” from the New York State Athletic Commission. In their second fight, in 1974, Napoles stopped Lewis before a rabid crowd at the Mexico City Sports Palace. Only the thriving (like knotweed overrunning the Gardens of Versailles) “Alphabet Soup” era kept Napoles from having the longest welterweight title reign in history. (Freddie Cochran reigned a day longer because of inactivity due to military service in World War II.)

“Even the times I fought mediocre, I always gave them my best,” Napoles once said about his ring philosophy.

In retirement, Napoles headed a salsa band, trained a few youngsters, and struggled with his finances. He had never received a multimillion-dollar check to cushion his fall. Inevitably came the cognitive disorders that mark the afterlife of nearly every fighter.

In the end, Napoles was living in a home that had been lent to him by an admirer. He was still a fond memory to Mexico, and his death reminds us that no matter how hard boxing is today, it was harder years ago—for loser and legend alike.

Novelist Pete Dexter (Deadwood, Paris Trout, The Paperboy) was once a hardboiled newspaper columnist who occasionally wrote about boxing.  As part of a series of columns on the Larry Homes-Tex Cobb fight, Dexter recalled the night heavyweight hellraiser Cobb saved his life during a street brawl in Grays Ferry.

A South Florida Boxing Rivalry Leads to Cold-Blooded Murder—by Tim Elfrink, Miami New TimesSometimes, but not often, confrontations cannot be confined to the ring.  In 2015, young Stan Staniclasse, 7-0, was murdered by Darrel Telisme, a sparring partner who took his beatings between the ropes personally.  Tim Elfrink tells the tragic story of a sporting rivalry gone wrong.

Back From the Brink—by Diane Pucin, Los Angeles TimesErnie “Indian Red” Lopez was a roughhewn welterweight contender during the late 1960s and early 1970s.  He lost two title fights to Jose “Mantequilla” Napoles, but was a popular draw in Los Angeles, fighting often at the Olympic Auditorium and winning a three-bout series against Hedgemon Lewis.  One day, years after his career was over, he vanished, another casualty of boxing and its aftereffects.   When Lopez was voted into the California Hall of Fame in 2004, a search was launched to find him.

“But now that I was out of boxing, I not only had no money, I had no way of making any.  I had to borrow… My ego had trapped me.  Another man would have got a job, any job, for a hundred a week and lived on it.  Not me, not Sugar Ray.  I had established my style.  I had to live that way, or no way.  Our apartment was costing $365 a month.  I could have rented a cheaper one, facing into the shadowy courtyard, but I had to have a balcony view of the sunset across the Hudson River.  I had a card table, an old bed, and a view.”―Sugar Ray Robinson