Money Trap
by Carlos Acevedo, Author of  Sporting Blood: Tales From The Dark Side Of Boxing 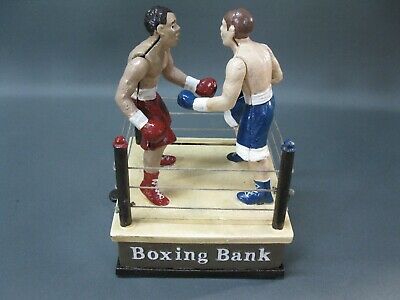 Over the last few years, big-fight gridlock, situation normal in this fractured and froward sport, has been blamed mostly on network and promotional factionalism. But there may be another, surprising reason that future fights will remain in the fantasy-matchup realm: believe it or not, money.

Where fighters once used to chase the biggest names in their divisions—because that meant cashing the biggest paychecks—they now get paid exorbitant amounts for showcase performances. As intimidating as Mike Tyson was in his heyday, for example, there was not a single heavyweight in the world who would decline the risks in facing him. For some of these pros, it may have meant a nervous breakdown in the dressing room or an embarrassing first-round KO loss, but it also meant paydays ten or twelve times higher than their average purses.

Similarly, Hagler, Leonard, Duran, and Hearns all fought each other because of the cash stakes on the line. In a sense, their legendary careers were the byproducts of economic imperatives. As each man generated his own value in a concrete marketplace (compared to the abstract maneuverings of today driven by streaming services), he also boosted the value of subsequent fights.

A perfect example of the current up-the-down-escalator culture is Jaime Mungia—an exciting but decidedly ordinary titleholder—who earned $1 million to steamroll the virtually unknown Patrick Allotey on a DAZN broadcast seen by about as many people as watch spray-on hair infomercials at five in the morning.

But Mungia‒Allottey is small-time compared to some recent financial doozies. Take Terence Crawford, for example. Between emerging, sullenly, of course, every six months for pedestrian fights, Crawford might as well be suspended in a Damien Hirst vitrine. Yet whenever he gloves up, it is for a purse that would make 85 percent of fighters envious.

That Crawford reportedly earned $5.5 million (plus a percentage of virtually nonexistent pay-per-view sales) to play Torquemada against a weatherworn Amir Khan is nothing short of astonishing. To make matters worse, Khan earned $5 million. Over $10 million in purses for a fight that barely registered in the United States—despite the mighty ESPN brand flexing its conglomerate muscles like contestants in a Mr. Olympia contest. Given such a lavish financial layout for a such a lemon, how much would it take to get Crawford and, say, Errol Spence to face each other? Spence and Porter reportedly received a guarantee of $2 million apiece (plus pay-per-view upside) for their stirring brawl last week.

Then there is DAZN. Paying somewhere in the vicinity of $20 million for Gennady Golovkin‒Sergiy Derevyanchenko is truly bizarre, especially considering that GGG has rarely moved the needle without Saul Alvarez in the opposite corner.

Already DAZN has announced fewer fights for 2020 and its executive vice president, Joe Markowksi, declared, in belligerent tones, that a correction was in order. “If you’re a guy and you don’t move the needle and you demand X amount of money, we’re going to tell you no thanks,” Markowski told Sean Nam. “We’re not a money tree that needs to be plucked out by their fighters and their representatives. That message is one that needs to land.”

This negative messaging arrives on the heels of DAZN botching a potential rubber match between Alvarez and Golovkin. The outlandish contracts proffered to Alvarez and Golovkin by DAZN lacked a provision for the two men to meet in the ring, an oversight of such boneheadedness that even network suits—oblivious to nearly everything but their own navels—must realize it. Worse is the possibility that DAZN signed “Canelo” as part of a package with Golden Boy that included a burdensome output deal, which means the amount of money it cost DAZN to secure the exclusive services of Alvarez far exceeds the contract amount. Overspending for the biggest box office draw in North America makes some sense, but being snookered by Oscar De La Hoya is like being scammed by a “Nigerian Prince” email.

When Tyson Fury signed a megafight contract with ESPN (reportedly in the $80 million range), it sparked a company-wide effort to brand him as some sort of heavyweight supernova ready to dominate the American sporting scene. Except Fury is now a man known for having free tickets to his last fight outnumber those he actually sold, an embarrassing distinction for the “lineal” champion. Another drawback to the Fury deal is how it instantly delayed an immediate rematch with Deontay Wilder. In baseball, the eye-popping deals Bryce Harper and Manny Machado signed before the 2019 season began do not remove them from the playing field. Harper still had to compete against playoff rivals and still had to bat against the best pitchers in the league. For some fighters, however, a sweetheart deal—think Fury‒Wilder or Terence Crawford—catapults them right out of the mix, at least for a little while.

In some ways, what Top Rank is doing is revolutionary: buying fights from other promoters on a one-off basis without having a dedicated financial stake in the cards—is practically unheard of. And its openness to working with DAZN (at least until Bob Arum and Eddie Hearn reach critical mass with their public insults) was spectacularly highlighted by allowing Jose Ramirez to face Maurice Hooker—in a battle of undefeated co-titlists—on the streaming service instead of ESPN. But too much of its programming—like that of DAZN and the PBC—is generic, undifferentiated boxing given over-the-top treatment by obsequious company men. (Both ESPN and DAZN, however, have solid schedules for the remainder of the year, notwithstanding Logan Paul‒KSI and a few other duds.)

Ironically, the only metrics-based promoter in this new 4K age is PBC, which must sell pay-per-views to earn a profit and must deliver a certain amount of advertising revenue to FOX. This is a far cry from its original time-buy strategy (bolstered by an extravagant hedge-fund investment) which resulted in one network after another abandoning what amounted to free product before FOX finally signed on. In contrast, ESPN and DAZN use boxing primarily as subscription-drivers, and their attempts to corner a niche market border on overkill.

Once, fighters were contractual commodities to managers. Then they became contractual commodities to managers and promoters. Then exclusive deals with premium cable channels made fighters commodities to managers, promoters, and networks. There are a lot of entities that would be affected by the devaluation of a fighter—either in the ring via a loss or by an unimaginable respite from constant shilling. This is borne out by the bizarre “shoulder-programming” movement, meant to give pedestrian events a sheen of importance they do not deserve. A documentary on a fight involving Tom Schwarz? Solemn “Face to Face” antics involving Ramon Alvarez? Better fights never seem to be the answer for networks or promoters, just more smoke-and-mirrors and a never-ending carny barker routine.

As independent contractors without pensions or unions, working in a hazardous trade with limited security and difficult futures, fighters deserve whatever they can get from promoters and networks, whose follies, after all, are of no concern to an athlete sweating in a gym and taking bruises during sparring sessions. If the current loss-leader model continues, it will become harder and harder for meaningful fights to be made. And with so many “champions” happy to maintain the status quo, the new boxing frontier suggests a sage quote from Yogi Berra: “A nickel ain’t worth a dime anymore.”

Gene Tunney and the Quality of Mercy—by Paul Beston, PaulBeston.com

Beating Jack Dempsey twice made Gene Tunney a rich man, but that did not endear him to a fickle public that had grown to dislike him.  Neither did his bookishness or his crisp enunciation. Paul Beston, author of The Boxing Kings, looks at another factor that left the crowd uncertain: civility.  In contrast to Dempsey, whose ferocity was legendary, Tunney was more cerebral and more humane.  Ultimately, these two qualities were viewed as flaws for a heavyweight champion.

Unlike Muhammad Ali, whose life and career sparked a publishing cottage industry, Joe Frazier has long been underrepresented on paper.  Even in the literary ring Frazier was overshadowed by Ali.  That all changed when Mark Kram Jr. published his full-length biography of Frazier a few months ago. Thomas Hauser appraises the book for Sporting News.

***
Fighting for their futures: boxing under a bridge in Mexico – in pictures
—Photographs by Alfredo Estrella/AFP/Getty Images (curated by The Guardian)

Hoping to keep at-risk kids off the street has long been an ancillary goal of boxing gyms and trainers.  In Ecatepec, a suburb of Mexico City that has recently earned a reputation for its grim crime profile.  This photo essay from The Guardian focus on a makeshift, open-air gym built by Miguel Angel Ramirez, an ex-soccer player now looking to make a difference in the lives of the potentially lost.

“Life’s a bitch and you’ve got to get through it.  Some people say that life’s a bitch until you die; I don’t believe that.  I think that life is what you make it.  Sure, there are going to be things in your way that you can’t control … I’ve learned boxing is a business.  It has to be treated as such.You could love it, you could cherish it as the wonderful sport that it is, but when you’re in it for money, and it’s your job, and there are people who can make and break you have to treat it as a business and be careful.  You have to be as ruthless as they are.  You have to be ready at all times for anything.”―Bobby Czyz

After The Last Round (Documentary)